A couples weeks ago, I found an old PC with a Turbo Button and a Key Lock in my garage. When I was in middle school the tech lab had almost the same computers than the one I found in my garage and they also had a Turbo Button and a Key Lock and at this time I always wondered what was the point to have those two features and why disappeared?
Today, let’s talk about that, shall we?

To begin our journey in the history of computers, we have to go back in time in 1981 with the introduction of the IBM Personal Computer, Model 5150.

It features a 4,77MHz Intel 8088 CPU that looks more like a chip than nowadays CPU. 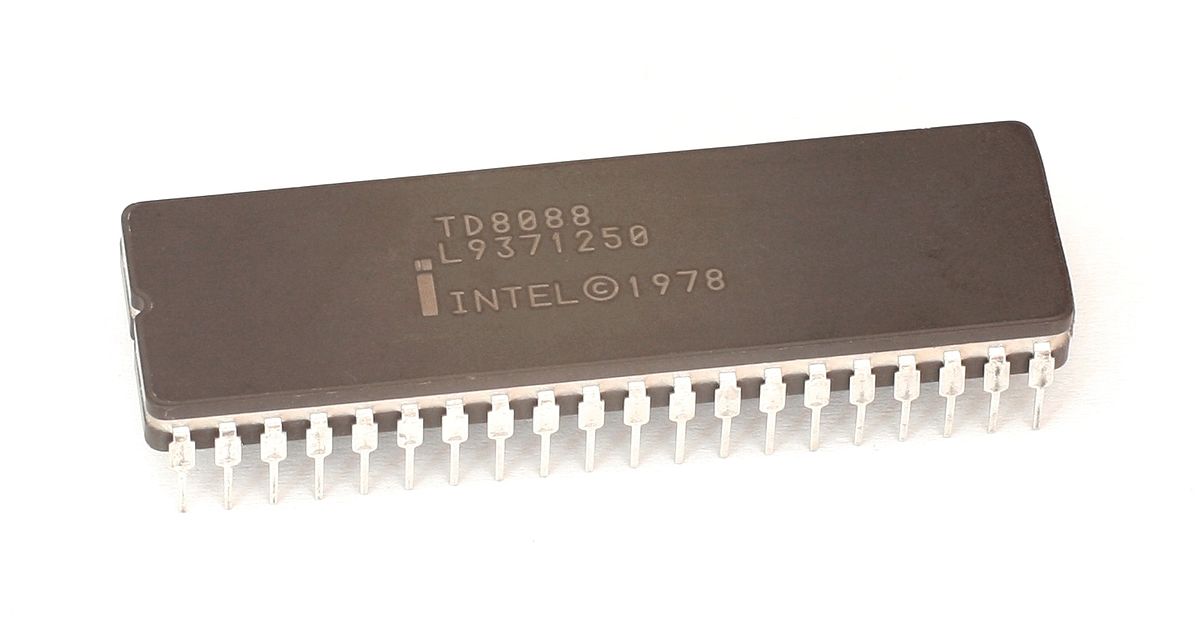 This CPU is at the origin of the Turbo Button. The Intel 8088 CPU runs at 4,77MHz and at this time, developers were writing applications and games based on this exact CPU clock speed, because it was the most used CPU in computers. But later on, progress brought us faster Intel CPU, first, clocked at 8MHz, then 12MHz, 16MHz etc.. So hardware was going faster than software and it caused glitches for users who wanted to use their old applications and games! Due to the fact applications were developed to run on a CPU clock of 4,77MHz, running them on a faster CPU makes them run faster. For regular applications, it’s not a huge problem but for games, it makes them unplayable because they are going too fast. So hardware companies implemented a hardware trick, the Turbo Button!

What is this button doing?

Well, you may think it does the same thing than a Turbo Charger in cars but in fact, it does the exact opposite! It slows the CPU down!

Since the problem is the CPU going too fast, manufacturers added this button to slow down the CPU of their computers to make it run around 4,77MHz. When the user needed to run an old game or application that required to run on this CPU clock he just had to push this Turbo Button and “voila” the CPU is down clocked to 4,77MHz temporarily. Isn’t it crazy?

Turbo or not Turbo?

You can imagine that a lot of people were confused with this Turbo button. Why did they call a button “Turbo” if it slows down your computer? I remember some of my schoolmates believed this and when running games, pushed their Turbo Button.

That’s why some companies like “Bond” shipped their computers with an “inverted” Turbo Button. In fact, it wasn’t the button that was inverted but the way the computer worked. When boot up the computer runs at the slower CPU clock of 4,77MHz and when you push the Turbo button it actually makes your CPU runs faster. This Turbo Button disappeared around 1995 and software tricks were implemented to do the same job.

The Key Lock was a standard feature on many computer cases between 1984 and 1994. It was a locking mechanism on the front of the computer. Shipped with a pair of keys you could lock it down. 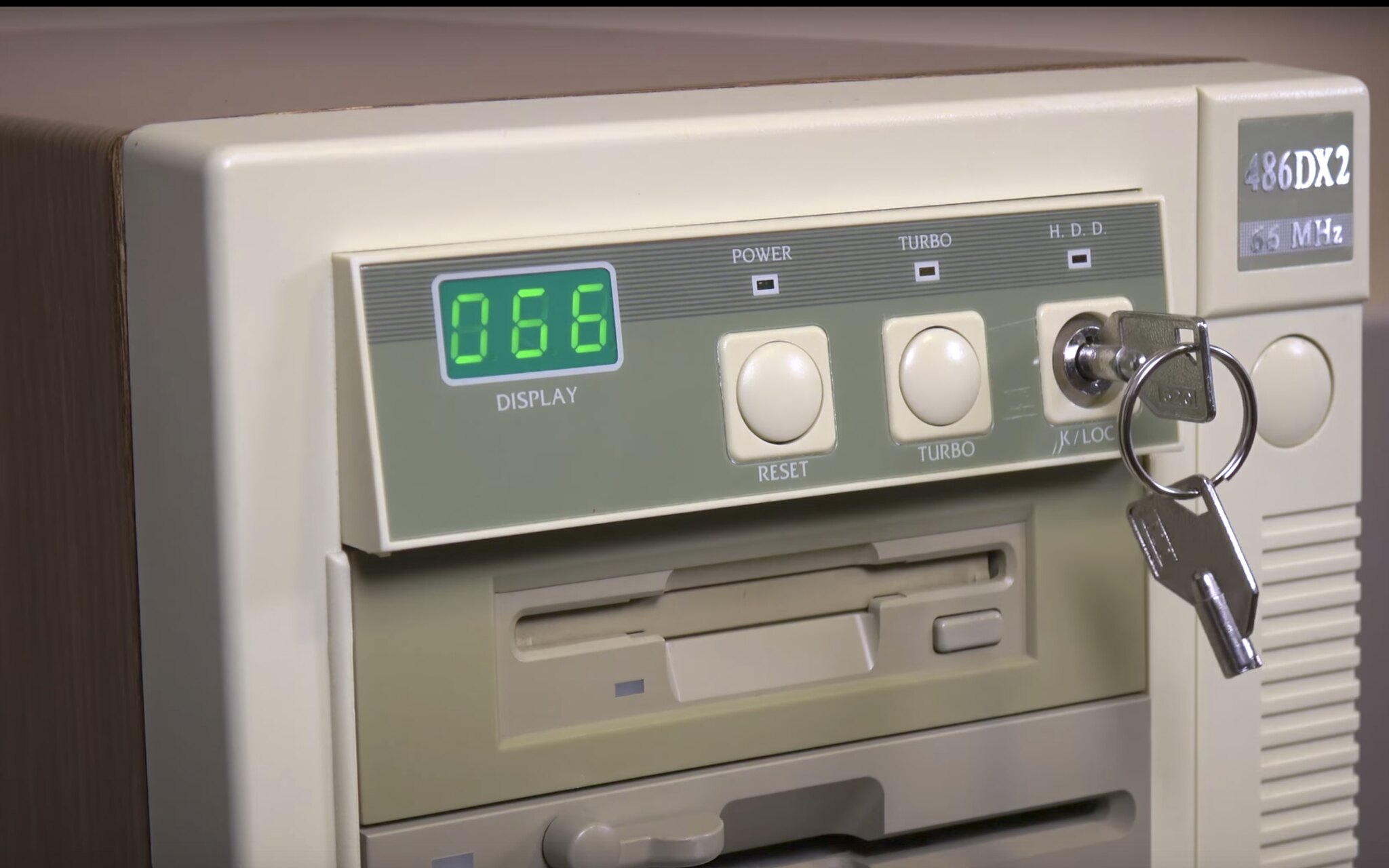 What’s the point of having a Key Lock?

Well as you can expect this feature was designed to… lock your computer with a key.

Most of the time the lock would prevent people from opening the case and stealing parts in it. You can still find some locking mechanism on the back of some computer in some companies today. The locking mechanism could also prevent people from simply using it, it acts like the BIOS password does nowadays. When locked another behavior was possible, the computer couldn’t receive keyboard inputs. This was accomplished by shorting a jumper on the motherboard, which tells the computer: “from now on, you don’t accept any signals from the keyboard!”

Sometimes it also disables hard drive access and other times it might also prevent the computer from being powered on. Also duplicating the key was described as complicated due to its “tubular” shape. The locks were in first place produced by the Chicago Lock Company for IBM. It was the same kind of key than the one used on vending machines, pinball tables, and alarm systems.

With the evolution of computers, this feature was less and less used and replaced sometimes with BIOS password and more generally with session password. As I said at the beginning some companies still lock down their PC cases to prevent people from stealing parts with as I saw real lock🔒.

If you want to help the blog or to thank me you can visit my Amazon Wishlist.